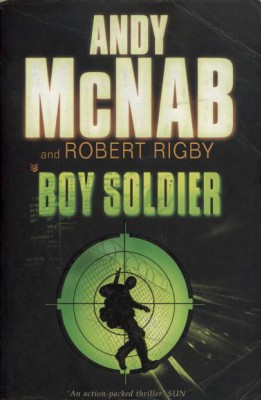 Danny Watts’s grandfather, Fergus, was a traitor. One of the worst sort. An SAS explosives expert who betrayed his country and his regiment for money. Drug money. He was arrested and left to rot and die in a Columbian jail. At least, that’s what seventeen year-old Danny is told when his hopes of becoming a soldier are destroyed for ever.

But he knows something the army doesn’t seem to know. Fergus Watts is alive and in the UK, living in secret under an assumed name – but where? Fergus is Danny’s only living relative. Burning with fury and desire for revenge, Danny sets out to track down his grandfather and expose him. In doing so he sets in train an explosive sequence of events which throw Danny and Fergus together on the run from the people who want Fergus, and now Danny, dead. Packed with breathtaking action, SAS procedures, surveillance and survival techniques, this is a fast-moving, action-packed thriller for teenagers.