Enigma (the international No.1 bestseller) 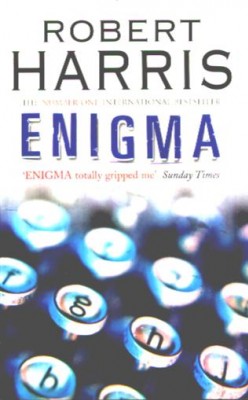 Enigma (the international No.1 bestseller)

March 1943. Inside Britain’s codebreaking center at Bletchley Park, the cryptoanalysts are facing their worst nightmare: Nazi Germany’s U-boats have unexpectedly changed their Enigma cipher, and the Battle of Atlantic suddenly hangs in the balance.
The authorities turn for help to Tom Jericho, a brilliant young mathematician and codebreaker.

What follows is a frantic race to crack the U-boat code. But Jericho has another equally baffling enigma of his own to unravel: the woman he loves has disappeared, and he suspects there may be a spy at Bletchley …