Flight of the Old Dog 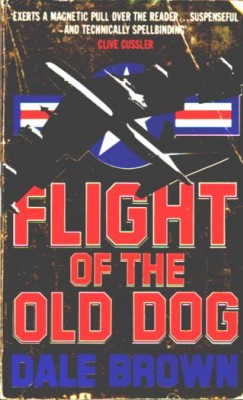 Flight of the Old Dog

The unthinkable has happened. The Soviet Union has mastered "Star Wars" technology before the West – and has neutralized America’s nucler arsenal with a killer laser that can direct its superheated energy beam at targets across the globe.

In a desperate attempt to counter this threat, the United States activates the one bomber in its fleet capable of taking out the laser installation before it is too late. Old Dog Zero One, a battle-scarred veteran B-52, stripped of its antiquated hardware and rearmed with the latest state-of-the-art weaponry and "stealth" devices. But to reach its objective the Old Dog and its crew of six will have to challenge wave upon wave of surface-to-air missiles and swarms of deadly MiG fighters – and risk starting World War III…..

Rarely – if ever – has there been a dramatization of aerial combat so powerful and authentic as FLIGHT OF THE OLD DOG.