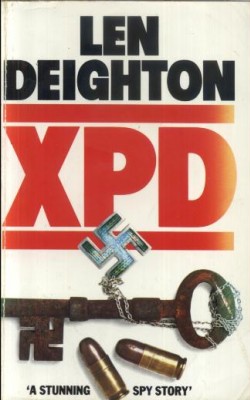 A private aircraft takes off from a small town in Central France, while Adolf Hitler, the would-be conqueror of Europe, prepares for a meeting near the Belgian border. For more than 40 years the events of this day have been Britain’s most closely guarded secret. Anyone who learns of them must die – with their file stamped.

XPD means expedient demise: if these letters appear on your file, you’re as good as dead — and anyone who learns about a secret meeting between Churchill and Hitler instantly earns that stamp. When Hitler’s minutes of the meeting threaten to surface, the MI6, CIA, KGB, and a group of influential German businessmen-each with their own motives — are drawn into a relentless search that leads them from Hamburg to Hollywood. And they’ll all stop at nothing to get what they want.