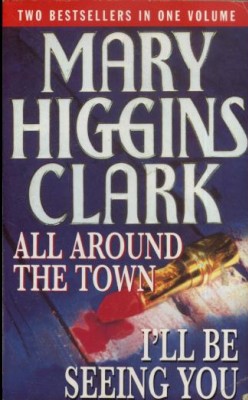 ALL AROUND THE TOWN
When Allan Grant is found stabbed to death, Laurie Kenyon’s fingerprints abound… To cope with the trauma suffered after she was kidnapped for two years at the age of four, she has developed a multiple personality. The real Laurie has no recollection of the shocking murder.

I’LL BE SEEING YOU
Young news reporter Meghan Collins is on assignment in a busy casualty department of a New York Hospital. A trauma team bring in a street mugging victim, a young woman robbed of her identification. The medics are working furiously to revive her but finally give up, remove the oxygen mask that has covered her face and Meghan hurls head first into a nightmare. The face is a mirror image of her own…