Angela’s Ashes: A Memoir of Childhood (Winner of the 1997 Pulitzer Prize) 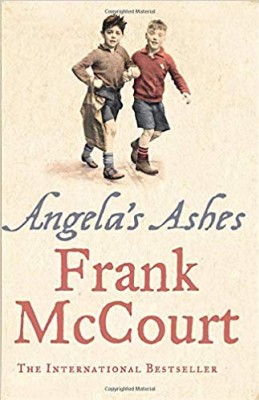 Angela’s Ashes: A Memoir of Childhood (Winner of the 1997 Pulitzer Prize)

Stunning reissue of the phenomenal worldwide bestseller: Frank McCourt’s sad, funny, bittersweet memoir of growing up in New York in the 30s and in Ireland in the 40s.

It is a story of extreme hardship and suffering, in Brooklyn tenements and Limerick slums – too many children, too little money, his mother Angela barely coping as his father Malachy’s drinking bouts constantly brings the family to the brink of disaster. It is a story of courage and survival against apparently overwhelming odds.

Written with the vitality and resonance of a work of fiction, and with a remarkable absence of sentimentality, ‘Angela’s Ashes’ is imbued on every page with Frank McCourt’s distinctive humour and compassion. Out of terrible circumstances, he has created a glorious book in the tradition of Ireland’s literary masters, which bears all the marks of a great classic.

"Writing in prose that’s pictorial and tactile, lyrical but streetwise, Mr McCourt does for the town of Limerick what the young Joyce did for Dublin: he conjures the place for us with such intimacy that we feel we’ve walked its streets and crawled its pubs."