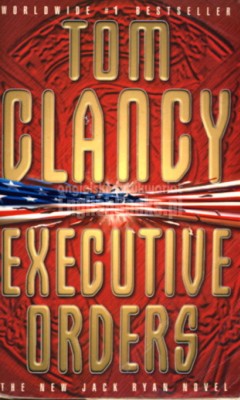 The Jumbo Jet has crashed into the Capitol Building in Washington., leaving the President dead, along with most of the Cabinet and Congress. Dazed and confused, the man who only minutes before was confirmed as the new caretaker Vice-President is told that he is now President of the United States.

But how do you run a government without a government? Where do you even begin? Ryan knows that the eyes of the world are on him now. And many of them are unfriendly. In China, Iran, and even in Washington, there are those who would want to take advantage.

Soon they will make their moves; soon they will present Jack Ryan with a crisis so great even he could not imagine it.