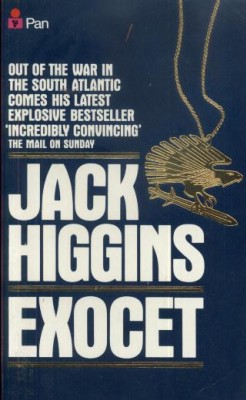 Argentina has invided the Falkland Islands, and the British fleet is ordered to meet the Argentinians and repulse the attack. The wild card is the Exocet – a deadly French missile. Argentina wants to acquire it, and if it is does – it will be capable of smashing British defenses. And this will change the global balance of power into chaos.

There is only one weapon that could throw the British Task Force off the Falkland Islands: the Exocet. But Galtieri is running low on his nearly invincible weapon and British Intelligence also have a couple of secret weapons at their disposal, one of them the blonde ex-wife of an SAS officer.