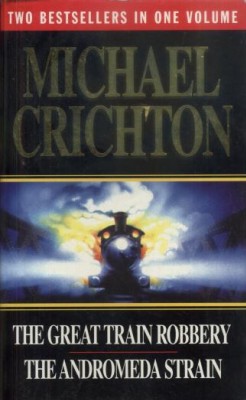 The Great Train Robbery
In Victorian London where wealth and poverty exist side by side, one mysterious man navigates both worlds with perfect ease. Rich, handsome and ingenious, Edward Pierce preys on the most prominent of the well-to-do as he cunningly orchestrates the crime of his century.

The Andromeda Strain
Five major biophysicists have started the Wildfire Project to investigate the frightening possibilities of a biological emergency. They sent an urgent warning to the President of the United States , informing that sterilization procedures for returning space probes may not guarantee uncontaminated re-entry to the atmosphere.
Two years later Project Scoop sends several satellites into the fringes of outerspace to collect organisms and dust for study. But the real aim of the mission is to discover new biological weapons of war.