Damned to Fame: The Life of Samuel Beckett 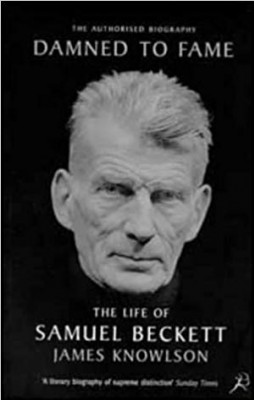 Damned to Fame: The Life of Samuel Beckett

Samuel Beckett’s long-standing friend, James Knowlson, recreates Beckett’s youth in Ireland, his studies at Trinity College, Dublin in the early 1920s and from there to the Continent, where he plunged into the multicultural literary society of late-1920s Paris. The biography throws new light on Beckett’s stormy relationship with his mother, the psychotherapy he received after the death of his father and his crucial relationship with James Joyce. There is also material on Beckett’s six-month visit to Germany as the Nazi’s tightened their grip.;The book includes unpublished material on Beckett’s personal life after he chose to live in France, including his own account of his work for a Resistance cell during the war, his escape from the Gestapo and his retreat into hiding.;Obsessively private, Beckett was wholly committed to the work which eventually brought his public fame, beginning with the controversial success of "Waiting for Godot" in 1953, and culminating in the award of the Nobel Prize for Literature in 1969.;James Knowlson is the general editor of "The Theatrical Notebooks of Samuel Beckett".