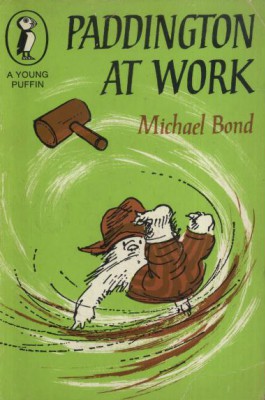 „Do you realise,” said Mrs Brown a few days after Paddington returned from visiting his aunt in Peru, „we haven’t had a single disaster since Paddington came back.”

„Don’t tempt fate,” warned Mrs Bird the housekeeper. And she was right too, for Paddington did his worst to make up for lost time. After a series of quite disastrous attempts to earn his living, he was promptly arrested in the Stock Exchange for causing a commotion.

Paddington’s careers seemed doomed to failure, so he made a grand exit from working life when he lent his helping paw to a famous Russian ballet dancer. But everyone agreed with Mrs Bird when she said, „It’s much better to be simply a bear who likes marmalade.”