A History of Britain: The Tudors (illustrated book for teenagers) 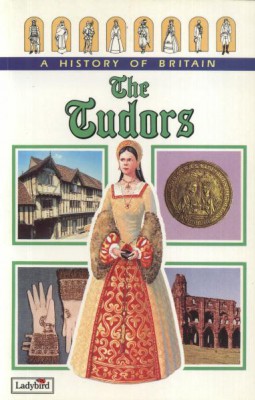 A History of Britain: The Tudors (illustrated book for teenagers)

This book covers just over a hundred years, from the end of the Middle Ages to the start of the Stuart Period. During this time, England, Wales, Scotland and Ireland, though not united, were all ruled by members of the powerful Tudor family. These years were peaceful compared with the violent times of the Middle Ages, although there were still problems, particularly over religion and the power of Parliament. For nearly half of this period, England was ruled by Elizabeth I, one of the best-loved English monarchs. By 1603, the English were united, proud of their country, and getting richer. The throne seemed safe at last.

CONTENTS:
The Tudors – time chart
A new age begins
Henry VII
Henry VIII and his wives
Henry VIII and the monasteries
Henry VIII’s court
Edward VI, the boy king
Changes in the countryside
Bloody Mary
A new Queen
The royal progress
Tudor houses
Towns
Beggars
Crime and punishment
Food
Sports and pastimes
The theatre
What people wore
Mary Queen of Scots
Sea dogs
The Armada
The death of the Queen
How we know
The legacy of the Tudors