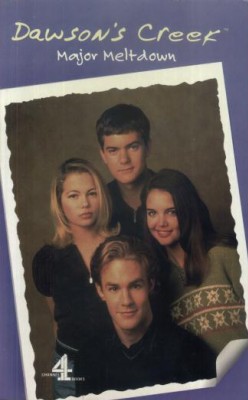 Joey is done with Capeside (that’s the city where she lives). She used to love the long conversations with Dawson, but not any more. Joey came to the conclusion that a relationship with Dawson not really is what she wanted. Jen is invited for the sweet sixteen party from her cousin Courtney.

Actually Jen doesn’t want to go back to the city where she was born, in New York. She doesn’t wanted to see here family again. Jen notices that Joey really need a holliday, she asks Joey with her to New York. Joey and Jen are going to New York. But they aren’t the only one.

Dawson is afraid she will fall in love with someone else so he and Pacey are going after them to New York, they are going with the stolen car from the Paceys dad. They are going to a cafe Jen meets her old boyfriend again and fell in love. Joey meets a nice guy and she is also in love. They both are going with they boyfriends to the party of Courtney. By then Dawson and Pacey arrived into New York they dress op buy a present for Courtney and go to the party. Dawson is determinded about telling his feelings for her to Joey. Joey and Jen like the party until Dawson and Pacey come in.