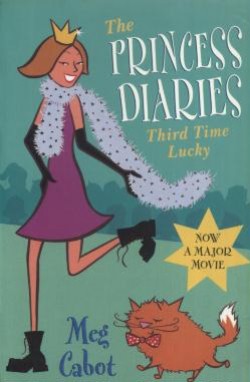 Sometimes I think I must be the luckiest girl in the world. I mean, really. Think about it: I may not be pretty, but I am not grossly disfigured; I live in New York City, the coolest place on the planet; I’m a princess; I have a boyfriend. What more could a girl ask for?

WHO AM I KIDDING?

Mia’s love life is a disaster – and being heir to the throne of Genovia sure doesn’t help.

Because while Mia’s finally got herself a boyfriend, he’s SO not the right guy. The one she really wants is Michael, but he’s not available now he’s going out with Judith who clones fruit flies. Would Michael ever prefer Mia to the fruit fly girl? As if!

The third part of Mia’s hilarious diaries. She’s the most unlikely princess – ever!