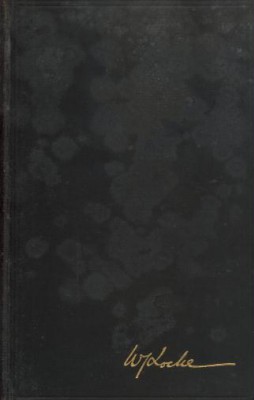 William John Locke (1863-1930) was a novelist, short story writer, and playwright. Educated in Trinidad and at Cambridge, he entered on a career as a teacher in 1890, but disliked it; in 1897 he became secretary of the Royal Institute of British Architects, a post he held for a decade. In 1894 he published his first novel, At the Gate of Samaria (1894), but he did not achieve real success for another decade, with The Morals of Marcus Ordeyne (1905) and The Beloved Vagabond (1906).

Chambers Biographical Dictionary wrote of his "long series of novels and plays which with their charmingly written sentimental themes had such a success during his life in both Britain and America… His plays, some of which were dramatized versions of his novels, were all produced with success on the London Stage". Amongst his other works are Septimus (1909), Simon the Jester (1910), Viviette (1916), A Christmas Mystery: The Story of Three Wise Men (1910), The Fortunate Youth (1914), Jaffery (1915) and The Mountebank (1921).