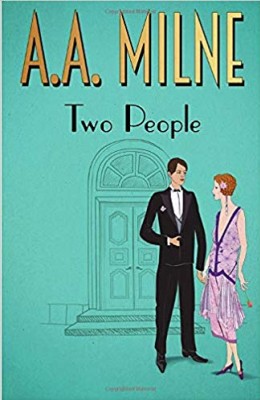 Reginald Willard, seems to lead the perfect life. He has plenty of money, a stunning country house and garden and his beautiful young wife, Sylvia. Despite they’re age difference, they are very much in love. Reginald has a go at writing a novel which is published to great acclaim and it is now that that Reginald begins to realise that he has has little he has in common with his wife other than their shared years together. The rift between them is exacerbated when they move to London where they live together but apart – Reginald is drawn to the intellectual and artistic set which holds no appeal to his wife. Reminiscent in style and subject to Evelyn Waugh, Two People reflects A.A. Milne’s own marriage to his wife Daphne.