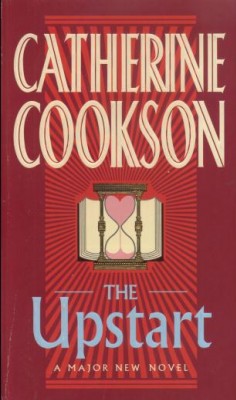 Suddenly risen to power and influence, Samuel Fairbrother, manufacturer and retailer of boots, shoes and clogs, decided that his new station in life deserved a more imposing residence, so when a thirty-four-roomed mansion, situated on the outskirts of Fellburn, became available, he made an offer, take it or leave it, and found himself the owner of a property he saw as a fitting display of his wealth and a suitable reward for his newly gained position in the business community. And that was not all, for together with the house came a clutch of servants, headed by the butler, Maitland, who at once made plain his belief that Samuel, far from being the gentleman his predecessor had been, was no more than an upstart.

So began a clash of will between master and man, at which Samuel Fairbrother discovered he was at a disadvantage, for Maitland, urbane and apparently well educated, was well skilled in the art of maintaining a position of indispensability. Fairbrother, for his part, was only too aware that he dare not dispense with Maitland’s services and was forced to conclude that it was a conflict he could not easily win. And so an uneasy truce was declared between them.

As the years went by and the century turned, Samuel Fairbrother saw his children, one by one, leave the big house to make lives of their own – all except his eldest daughter, Janet, who, by means of a legacy, was enabled to shape the destiny of her father’s scattered family and effect the reconciliation that he thought was impossible.