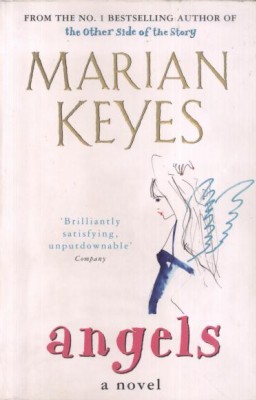 Marian Keyes' sixth novel is a truly captivating story about a marriage that’s gone wrong and a sensible woman who suddenly just wants to let her hair down.

Unlike the rest of her family, Maggie Walsh has always done everything right. Sensibly. By the book. At thirty-three she has a proper job, is happily married to Garv, and generally never puts a foot wrong. Until the day she leaves her husband and runs away to Hollywood, that is.

In LA Maggie finds that life couldn’t be more different. The primping, preening and partying are non-stop and even the palm trees are skinny. Staying with her best friend Emily, a struggling screenwriter, Maggie starts doing things she’s never done before. Like wearing tights on her head, mixing with film stars – even pitching scripts to studios – and much, much more. Including meeting the mysterious Troy, a man so non-stick he’s known as Human Teflon.

Follow Maggie on a journey of discovery, from suburbia to a suntan – taking in some heartache and lots of martinis along the way – as she discovers what she really wants in life and why she really walked out of her marriage…..