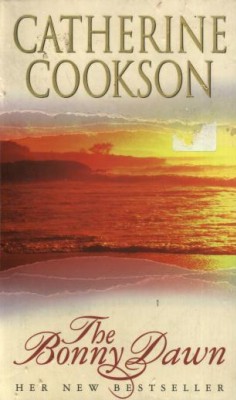 Many of Catherine Cookson’s novels became bestsellers throughout the world which made her one of the most popular contemporary women novelists.

For seventeen-year-old Brid Stevens the day began at four o’clock on a summer morning, when her alarm clock roused her from a dream-filled sleep. She had an appointment to keep with Joe Lloyd, whom she had met at the weekly dance. On the cliff-top at Stockwell Hill, overlooking the sea, they were to watch the sun come up. What was to occur after that was to bring a day of such promise to a tragic end.

The events of this powerful novel, set on the Northumbrian coast in the 1960’s take place over one day, a period during which everyone involved discovers that the consequences of an innocent meeting between two young people are far more significant than the event itself. The Bonny Dawn is a remarkable tour de force by Britain’s most popular novelist.