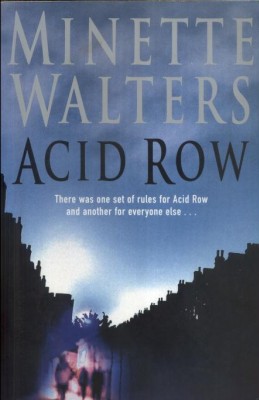 Acid Row is the name of a no-man’s land of single mothers and fatherless children – where angry, alienated youth controls the streets. Into this battleground comes Sophie Morrison, a young doctor visiting a patient in Acid Row . Little does she know that she is entering the home of a known paedophile…. and with reports circulating that a tormented child called Amy has disappeared, the vigilantes are out in force. Soon Sophie is trapped at the centre of a terrifying siege, with a man she has come to despise. Whipped to a frenzy by unsubstantiated rumour, the mob unleashes its hatred. Against authority…. the law…. and the 'pervert’. 'Protecting Amy’ becomes the catch-all defence for the terrible events that follow. And if murder is part of it, then so be it. But is Amy really Missing?