A Question of Blood (the number one bestseller) 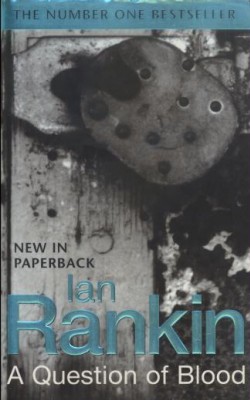 A Question of Blood (the number one bestseller)

Just how random were the killings at Edinburgh’s posh, private Port Edgar Academy? Everyone assumed a lone madman was responsible for the melee at the school. But why was the killer chummy with the class misfits? Why is the sole surviving witness so reluctant to talk? And why are military officials now snooping around the crime scene?

Inspector John Rebus, hobbled by injury and himself under suspicion because of the convenient recent death of his partner’s tormentor, dives into the case only to discover that he has family ties to one of the victims. With his credibility near the breaking point, Rebus must ask himself what drives a man to kill — is it a matter of revenge, or a question of blood?