Nicola and the Viscount 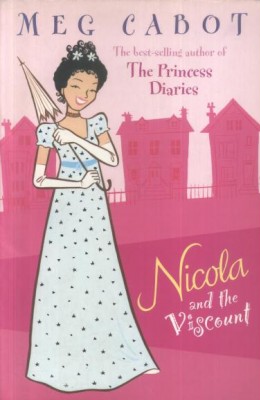 Nicola and the Viscount

NICOLA. Nicola Sparks, sixteen and an orphan, is ready to dive headlong into her first London Season. A whirlwind of fashionable activities awaits her, although nabbing a husband, ordinarily the prime object of every girl’s Season, is not among them. For Nicola has already chosen hers: a handsome viscount by the name of Lord Sebastian.

THE VISCOUNT. Lord Sebastian Bartholomew is wealthy, attractive, and debonair, even if the few tantalizingly short moments Nicola has spent with him have produced little save discussions about poetry. Nicola is sure that a proposal from Lord Sebastian would be a match made in heaven. Everything is going well, until the infuriating Nathaniel Sheridan begins to cast doubt on the viscount’s character.

Nicola is convinced Nathaniel’s efforts to besmirch Lord Sebastian’s sterling reputation will yield nothing. But when she begins to piece things together for herself, the truth that is revealed has as much to do with the viscount as it does with Nicola’s own heart.