A History of the English-Speaking People, Volume 4: The Great Democracies 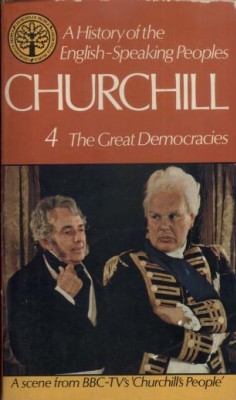 A History of the English-Speaking People, Volume 4: The Great Democracies

In Sir Winston Churchill’s brilliant narrative of the nineteenth century, he moves into the age in which he himself played so great a part. Politics and the ambitions of Party reign above kings. Britain enters a period of peace and unequalled industrial development while her cousin America is savaged by the bloodiest of all civil wars; the Empire of Queen Victoria seems set to last a thousand years despite the troublesome Boers. But as the great Queen’s reign moves towards its end, the shadows of Germany, Japan, and European nationalism rise to confront the young Winston Churchill himself.