The Mystery of Atlantis 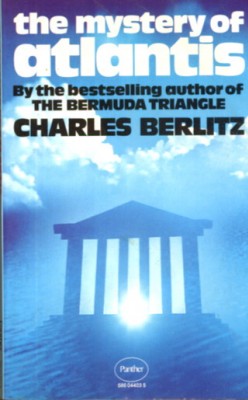 The Mystery of Atlantis

An investigation into the mystery surrounding the lost civilisation of Atlantis, in which the author reveals the results of his underwater explorations for the fabled site, and describes what he found at the location mentioned by ancient writers.

As Man rushes headlong into the future, his horizons expand backwards into the past. Why has Atlantis possessed the minds and imaginations of great thinkers for millennia? And why does the very idea seem so hauntingly familiar – as if deep buried in our memories?

In this carefully researched book Charles Berlitz kays bare all the evidence. There has to be a missing cultural and biological link between the Old World and the New – how else to explain the strange and ancient similarities. Now recent finds have confirmed that a super-civilization of advanced technical skill did exist ten thousand years before the Greeks. But what inconceivable catastrophe destroyed it – and why – still defies account. It is the greatest mystery the world has ever known.