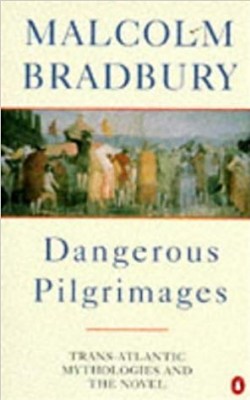 Novelist and critic Malcolm Bradbury brings a passionate reader’s zeal and the experience of 30 years’ critiquing modern Aemrican and European literature to this study of the flourishing exchange of ideas between the Old World and the New. The result is a playful, engrossing literary adventure that offers a new perspective for scholars and a fascinating read for book lovers on both sides of the Atlantic.

"Since before Plato, the Old World has been inventing and refining its views and images of the New. And since explorers first called it into being, the New World has been looking back to the Old, borrowing its traditions to write new rules and distil truths that came to be self-evident. Within this cultural exchange between America and Europe, there has been what Malcolm Bradbury calls the "flourishing traffic in fancy, fantasy, dream and myth." And if there has always been a gap between image and reality, it has widened into rare entertainment – above all in the novel, a form that flourished as a result of the great transatlantic encounter." "Malcolm Bradbury, who has been writing about various aspects of American and British literature for more than three decades, tracks this long-lived relationship and the accompanying myths with expert zest and enthusiasm. It is an exhilarating journey – from Chateaubriand’s primeval America, crisscrossing the Atlantic to Henry James (who invented Paris) and Edith Wharton’s focus on the American in Europe, to the European tours of America in the tradition of Evelyn Waugh (who invented postmodern L.A.) and Malcolm Lowry, to the contemporary "frequent flyer" novelists for whom both continents represents a kind of hyper-reality