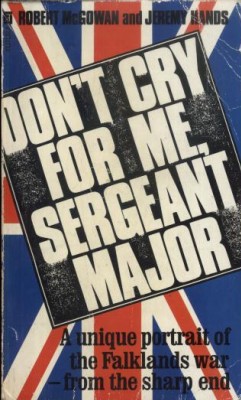 Very Senior Officers propose, NCOs and fighting men dispose. The Falklands conflict was supremely an "other ranks" war. Here, then, is their side of the story, recorded at the time by two front line journalists. In their own words, often profane, usually funny, always to the point, the men of the Falklands Task Force and those who accompanied them describe what it was actually like to fight an underdog’s battle in an icy wilderness 8000 miles from home. Funny, moving, incisive, occasionally bitter, always humorously resigned, this is the story of one war which could be any war, a portrait of the British soldier, in all his mud-stained glory. Here’s to him, wha’s like him? Gey few, and a lot of them dead.