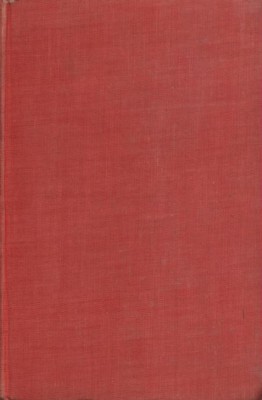 BOOK I   THE MINGLING OF THE RACES. FROM THE EARLIEST TIMES TO THE NORMAN CONQUEST.

CHAPTER I – The island and its early invaders. Geography governs history. Iberian civilization. Tracks and trade routes. Downland and fenland centres. The Celtic conquest and civilization.
CHAPTER II – Julius Caesar. Celtic and Roman London. The Claudian Conquest. The North-west frontier and the Roman Wall. Limits of Latinization in Roman Britain. Villas and cities. Religion.
CHAPTER III – Beginnings of the Nordic invasions. Anglo-Saxons and Jutes. Character and methods of the invaders. Weakness of late Roman Britain. Chaos and reconstruction. Slower conquest of the West. Questions of Celtic survival. Roman roads. Welsh Christianity.
CHAPTER IV – Mediterranean influence again. Return of Christianity. Nordic paganism. St. Patrick and St. Columba. Augustine and Theodore of Tarsus. Northumbria and Mercia. Church and State. Mediterranean and Nordic ideals.
CHAPTER V – The Second Nordic invasion. Weakness of Saxon England. The Vikings at home and overseas. Alfred and Guthrum. The Danelaw and its conquest by Wessex. Anglo-Danish law, town life and civilization.
CHAPTER VI – Life in later Saxon England. Pioneers in the forest. Thegn and serf. The Earldoms. Feudal justice encroaching. Second coming of the Vikings. The Danegeld. Canute’s maritime Europe.
CHAPTER VII – The Norman Conquest up to Hastings, 1042-1066. Normandy and Norman institutions. Edward the Confessor and Godwin. William and Harold. Tactics at Hastings.
CHAPTER VIII – The Norman Kings. Submission and rebellions of the English. The harrying of the North. The new feudalism and the new monarchy. The King’s Curia. Domesday. Forest law. Anglo-Norman Church and State. The English language.

BOOK II   THE MAKING OF THE NATION. FROM THE CONQUEST TO THE REFORMATION

CHAPTER I – The Anarchy under Stephen and the Restoration of Royal Power. Henry of Anjou. Knights and villeins at the Manor. The Manor Court and the methods of open-field agriculture.
CHAPTER II – Henry II continued. The Cisterians and sheep-farming, Becket. Benefit of clergy. The King’s Courts. Common Law. The Jury.
CHAPTER III – The Crusades. Richard I. Hubert Walter and the Middle Classes. Coroners and Mayors. Constitutionalism grows out of feudalism. John and Magna Carta. Henry III and Simon de Montfort.
CHAPTER IV – The corporate sense of the Middle Ages. The Universities. The Friars. The Jews. Edward I, the Common Law and Lawyers. Parliament under the Edwards. The House of Commons. Reign of Edward II. Justices of the Peace.
CHAPTER V – Celt and Saxon. Attempts to complete the island Empire. Causes of failure in the Middle Ages. Ireland. Wales. Scotland. Different character of the three stories. The Llewelyns, Wallace and Bruce.
CHAPTER VI – The Hundred Years’ War. Its causes and effects. The birth of nationalism. Archery and Yeomanry. French and English tactics and their social origins. English language and patriotic feeling.
CHAPTER VII – The Black Death. The emancipation of the Villeins and the fluidity of labour. The rising of 1381 and after. The Church and the laity. Nation, Pope and King. Wycliffe and Lollardry.
CHAPTER VIII – Parliamentary development from Edward III to Henry VI. Formal importance and real weakness of the Commons House. Aristocratic Anarchy. Some aspects of English Life in the later Middle Ages. Wars of the Roses. The Yorkist Kings.

CHAPTER I – Character of Henry VII. The machinery of Tudor government. Powers of the Council and decline of the aristocracy. Economic and social change. Cloth Trade, Poor Law and Agriculture.
CHAPTER II – The revival of Lollardry. The Renaissance Scholars. Colet and the young Henry VIII. Wolsey and the Balance of Power. The era of discovery. The Cabots. Henry VIII founds the Royal Navy.
CHAPTER III – The Royal and Parliamentary Reformation under Henry VIII. London and the Reformation. Lutheranism. The Divorce. The Breach with Rome. The dissolution of the Monasteries. The Six Articles.
CHAPTER IV – Interludes, Protestant and Catholic. Edward VI. Latimer and Cranmer. Somerset and Dudley. Agrarian and religious strife. Mary. Submission to Spain and Rome. The Protestant Martyrs.
CHAPTER V – The policy and character of Elizabeth. The Elizabethan Church Settlement. Spain and France. The Scottish Reformation and the future Great Britain. Cecil and Knox. The Rising of the Earls and the end of English feudalism.
CHAPTER VI – The Orogon of English Sea-Power. France, England, and Spain in the new age. Drake and the new naval tactics. Cecil and Walsingham. Philip and Elizabeth. Drake’s voyage. The Armada. The Regular War.
CHAPTER VII – The great Elizabethan era. Wales. Ireland. Religion. The boundaries of Elizabethan freedom. The Bible, poetry and music. Apprenticeship and some conditions of industry.

CHAPTER I – James I. Parliaments, Puritans and Recusants. Decline of English sea-power. The Spanish match. Buckingham and the Thirty Years’ War. Charles I. The King, Parliament and the Common Law. Coke and Eliot. Laud and Stratford.
CHAPTER II – England and Scotland. The Scottish Revolt. The Long Parliament. First Session: fall of the Prerogative system and execution of Strafford. Second Session: the Church Question and the division of parties.
CHAPTER III – The Great Civil War, 1642-1646. Resources of the two sides. Arms and tactics. Course of the War. Politics, religion and military reorganization. The Scottish Alliance. Cromwell and the New Model. Causes of the victory of Parliament.
CHAPTER IV – The Failure to reach a Settlement. Regicide. The Revolutionary Governments. Ireland and Scotland. Blake and the Revival of the Navy. Domestic, Ecclesiastical and Foreign Policy of the Protectorate. The Death of Oliver and the Restoration.
CHAPTER V – English village and town life and its expansion overseas. Character of colonization and Colonial policy in the Seventeenth Century. New England, Virginia, and the absorption of the Dutch middle Colonies. England, France, and Holland.
CHAPTER VI – The Restoration in State and in Church. Clarendon and the Cabal. The "just balance of the constitution". The Dutch wars. Danby’s policy. The formation of the Whig and Tory Parties. Facton and fury. The Court left supreme.
CHAPTER VII – Monmouth’s Rising. Illegal proceedings of James. The Tories and the Church alienated. Union of parties against the Court. The Revolution. The Revolution Settlement.
CHAPTER VIII – Scotland and Ireland from the Restoration to Queen Anne. The character of the Two Settlements.
CHAPTER IX – The Wars of William and Marlborough. The downfall of Louis XIV and the Rise of Great Britain to Maritime and Commercial Supremacy. Whig and Tory interaction. The Death of Anne and the Dynastic Crisis.

BOOK V   FROM UTRECHT TO WATERLOO. SEA-POWER AND ARISTOCRACY. FIRST STAGE OF THE INDUSTRIAL REVOLUTION.

CHAPTER I – Early Hanoverian England. Character of the Aristocratic Government. Prime Minister, Cabinet and Parliament. The Spirit of the Eighteenth Century. John Bull and French Influences. The Church and the Wesleyan Movement. Scotland. Universities amd Schools. Village Life. Decay of the Yeomen begins. The Underworld. Humanitarianism. The Eve of the Industrial Revolution.
CHAPTER II – George I and II. The Whig Oligarchy. The 1715 and the 1745: Social Consequences in Scotland. Walpole and the Elder Pitt. Great Britain in Peace and War. Annexation of Canada and Foundation of the Indian Empire.
CHAPTER III – Personal Government of George III. The American Question. The Disruption of the First British Empire. Restoration of Government by Party and cabinet. The New Whig and New Tory Parties. Burke, Fox and the Younger Pitt.
CHAPTER IV – The Tory Oligarchy and the Beginnings of the Democratic Movement. Tom Paine and the anti-Jacobean Reaction. Burke, Fox and the Whig Schism.
CHAPTER V – The Character of the French Revolutionary and Napoleonic Wars. Period of Pitt and Nelson, 1793-1805. Period of Wellington and Castlereagh, 1808-1815. The Naval, Commercial and Military Struggle. The Final Settlement.
CHAPTER VI – The Empire in the latter years of George III. The outward expansion of the island life. England, Scotland and Ireland. Canada and Australia. India. The Anti-slavery Movement. Wilberforce and the Evangelicals.
CHAPTER VII – The reign of George III in its economic aspect. The early stages of the Industrial Revolution. Population. Canals. Machinery. Coal. The movement of industry from the village to the town. Enclosure. Housing. Administrative defects.

BOOK VI   THE LATER HANOVERIANS. SEA-POWER IN THE AGE OF MACHINERY. THE TRANSITION TO DEMOCRACY.